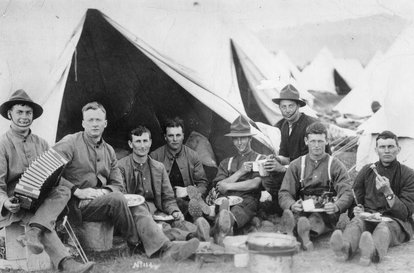 WWI: TRACING THE FOOTSTEPS FROM TRENTHAM

Tracing the Footsteps from Trentham tells the story of the World War I Military Training Camp, which turned New Zealand civilians into fighting men. Paying tribute to the role the camp played in shaping the men who became New Zealand's heroes of The Great War; this exhibition follows their journey from the tents and training fields of Trentham to the trials and trauma of war.

Experience what a soldier's life in a New Zealand training camp was like, honour their hopes, dreams and fears, and remember the price they paid.